Aaron Lieberman came into the state legislature armed with a life-long commitment to service and fearless approach to problem-solving. Now he wants to bring that same results-oriented focus and track record of success to the governor’s office. Aaron will be the governor Arizona needs - the right leader, right now. 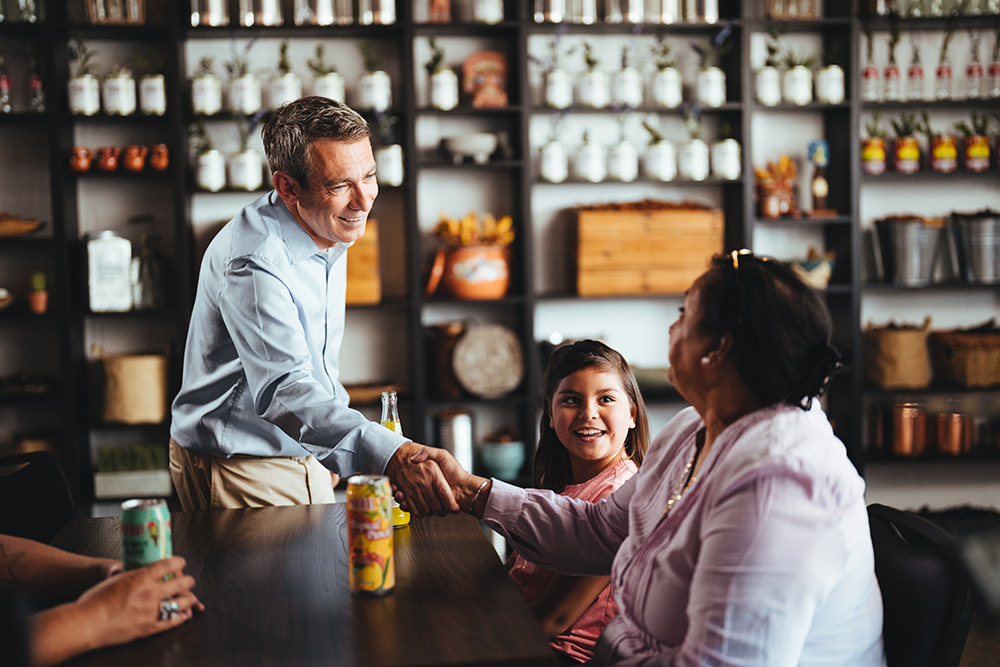 During his time representing Legislative District 28, Aaron has developed a reputation as a leader more interested in finding common sense solutions than playing political games. He isn’t afraid to question the status quo or have difficult conversations. Aaron helped the City of Phoenix work with the Arizona Department of Transportation to reroute a pipeline that would have disturbed thousands of neighbors near Piestewa Peak and tore up 13 acres of pristine mountain preserve.

Aaron worked with Democrats and Republicans during COVID to secure millions in funding to get teachers throughout the state the professional support they deserved for the distance learning our kids needed. He’s led the fight for millions more for community college scholarships to help Arizonans move from unemployment into the workforce, and for $5,000 grants to help our Arizona small businesses get through the pandemic.

Aaron has been a tireless advocate for his constituents. When seniors in Legislative District 28 identified overly burdensome state regulations that were stopping their bingo games, Aaron got “good government” legislation enacted to help them get back to playing bingo - and supporting local nonprofits with the proceeds.

And, he’s an outspoken defender of both every Arizonan’s right to vote and the public’s confidence in fair, honest election results.

Aaron was born and raised in Arizona, the youngest of five children. As a kid with a speech impediment, he learned at a very young age just how important early childhood development can be. It was his Madison Heights third-grade teacher who chose him to give a speech to the entire school, but ensured he got help along the way to overcome his challenges. It’s no surprise then that long before he was ever elected, Aaron dedicated his career to creating opportunities for kids to get the education they need, whatever obstacles may lay in their paths.

From his teenage years onwards, Aaron saw firsthand that many kids did not have the same opportunities for a good education - and the huge impact that early childhood intervention could provide. So from his college dorm room he helped found Jumpstart—a national nonprofit with the vision to ensure that all children enter kindergarten prepared to succeed. To date, more than 50,000 college students have served as Jumpstart Corps members, earning over $200 million in college scholarships through AmeriCorps while working with more than 100,000 children. 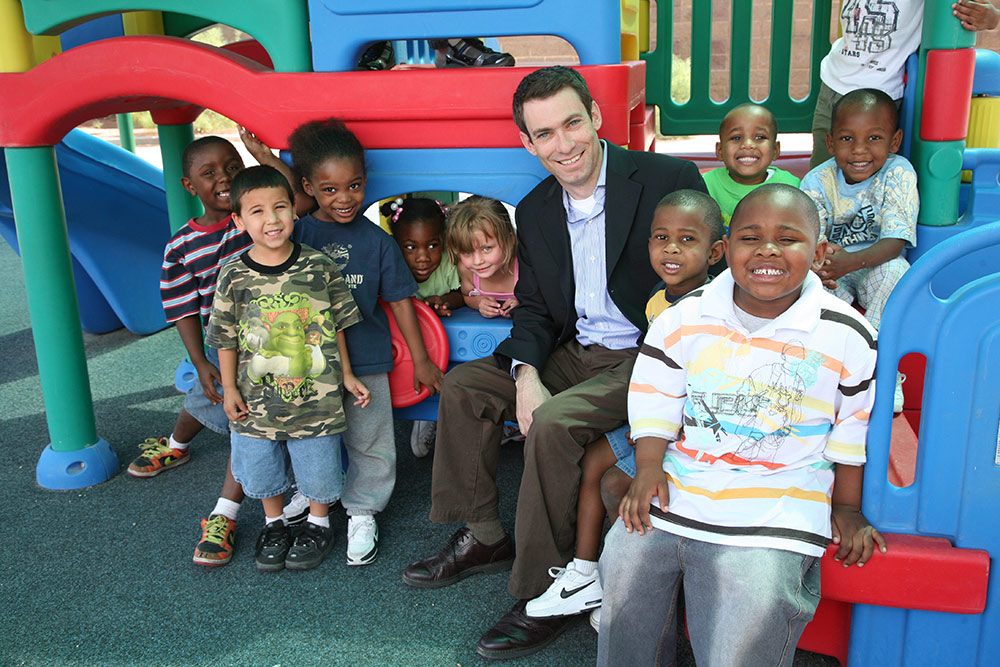 Aaron then built off of his experience at Jumpstart to found Acelero Learning, a company focused on closing the achievement gap for Head Start children and families. Acelero Learning currently impacts over 40,000 young children every day, and kids enrolled in its programs make gains at nearly three times the national average.

Together, Jumpstart and Acelero have helped nearly 1 million young children get better prepared for school.

The opportunity to have a meaningful impact in people’s lives and on a large scale are two key reasons Aaron entered politics - and a driving factor in running for governor.

Aaron and his wife, Jamie, live in Phoenix, where they’re raising their two sons. Aaron’s daughter is studying history at Yale, his alma mater!